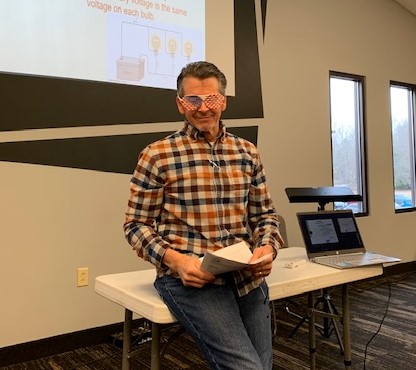 Don, or Dr. D to his students, earned his bachelor’s degree in physics from Clark University and completed four graduate degrees: Master of Science in Meteorology from Florida State University, Master of Aeronautical Science in Human Factors from Embry Riddle Aeronautical University, Master of Science in Health Physics from Georgia Institute of Technology, and a Doctorate Degree in Psychology from Walden University. He was commissioned into the US Navy Medical Service Corp in 1993 and retired in 2016. Don was a designated health physicist, aerospace physiologist, and aerospace experimental psychologist during his military career. He currently serves as an adjunct professor at Liberty University, Tidewater Community College, and American Military University, where he teaches various science courses.