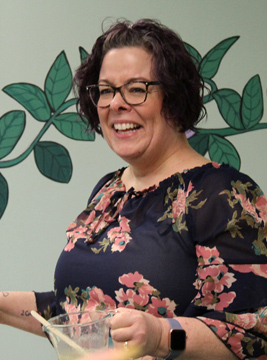 Mary has had a passion for teaching and performing for as long as she can remember. Singing since an early age, she performed with several choral groups and ensembles, including two groups she put together - a jazz quartet and female barbershop quartet, sang with the California State Honor Choir, and even had the thrill of singing with Barry Manilow in 1983. Over the years, she has choreographed and directed skits and puppet performances, performed in multiple sketches at church and directed a middle school youth drama ministry. Mary had the honor of being in the feature film “Cycle” in 2015, performed in the cast of The Women at The Little Theater of Norfolk (LTN) in 2016, and was the assistant director for Noises Off! in 2017, also at LTN. Mary views the theater and film industries as great mission fields, and she desires to train and equip students to use their gifts to further the kingdom of God and perform for an Audience of One.